More and more younger couples are holding off on having kids, even after they get married. Whether it due to age, aspirations, financial state— many couples are playing the waiting game a bit longer than they used to. There’s no harm or shame in it, and for most— it’s a well thought out decision. However, in holding off on kids, many couples will get a dog or two. Therefore, if they find themselves in a divorce situation, there’s one vital question: who takes the dog when his pup parents divorce?

Unfortunately, even though we see them as our babies, the court still considers them property. So, when it comes to a divorce, there’s no custody court for your pup. Instead, the two of you will have to find a means of splitting time, or one of you will have to split ways.

This group is working to try and alter that law just a bit. They know, just like any pet owner, that they are more than property. therefore, they aim for the courts to take into consideration who provides primary care of the animal. Who take 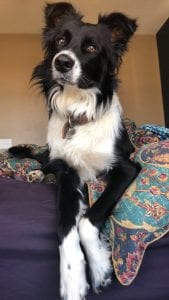 s them to the vet, buys the food, socializes them, grooms them, and etc. Basically, which of the two of you bears the largest weight. If the ALDF could swing it, a dog would qualify as a separate entity— almost like a child, instead of, say, a painting or a motorcycle.

What can we do, as dog owners, to make sure we reach a solid agreement?

I’m sure you, along with your spouse, have heard the quote: if you want something done right, do it yourself. So, when pup parents divorce, the two of you should consider crafting your agreement yourself. Maybe one of you is fully willing to part ways with the dog, or maybe neither of you are. So, you have to sit down together, as adults, and reach an agreement that suits you both. If need be, treat it like a custody agreement. Look up common paths for custody, and mirror it in a way that benefits your situation. Maybe parent 1 will take majority of time, but parent 2 gets a week out of ever month. Find something that works for you, by you. As of now, the court will be of no help when it comes to your pups.